The fastest way to becoming a regular online winner in keno is to know and master the keno rules. An unavoidable thing in this pursuit is to know and understand the rules of the game. Online Keno is no different from all the other games. Knowing how to play the game will only enhance your ability to win the game. All the top online casino game players in South Africa acknowledge that there is no Keno strategy that exists outside the rules of the game. In fact, this is true for all real casino games. Any strategy that promises success without knowing the rules is a scam or it will get you blacklisted at casinos if not worse. 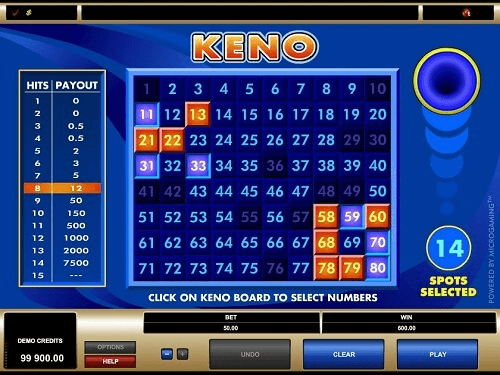 Very few things have changed in the basic keno rules and gameplay over the centuries. The game of oriental origin has remained the same even after went it moved online.

The game starts online when players place an initial bet. There are many versions of the game depending on the game’s developer. Game developers try to lure players to their game by adding cool features to the games. So players should not be surprised when they are offered a side bet that activates the progressive jackpot.

How to Play Keno

The game is played on a ticket with 80 numbers. Originally Chinese characters were used but they were soon replaced by Arabic numerals. Players get to mark the numbers that they think will win. Gamblers can mark between 4 and 10 numbers on each ticket.

When playing the game online and at land based establishments, players can play more than one card. This is a great strategy when you want to win the game.

The game is just like lotto but with a few twists. It is because of this that the game is referred to as the first National Lotto.