Most South Africans have played online poker on the social platform. Now they can play the game for real money at the top internet casinos. Casino ZA has a list of all the safe poker online casinos. For newbies to the game, we have a description on how you can start winning real money at poker online today. It is one of the most engaging card games. 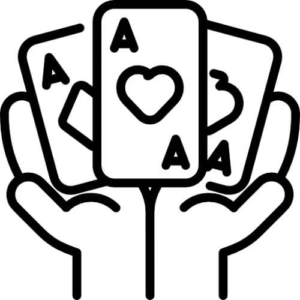 The History of Poker

There are so many versions of online poker on the Internet. This explosion of varieties of this game occurred when the game was taken online in 1994. Before that, there was a small number of types available.

But at this stage, the game was already on the digital platform. Video poker had finally seen the light of day after they had been written off as a high-risk investment. Si Redd is credited inventing the first video poker game in the 1970’s. The version of poker he chose to use is known as the five-card draw. This is the easiest poker game. It is still the most common at online casinos.

In South Africa, the game arrived with the settlers. The form of poker that we enjoy today became prominent in the 1800s. There is a long list of card games that involve bluffing. They go back several hundreds of years to the 10th century. The voyage moving across many civilisations from China to Egypt then to Europe and eventually the rest of the world.

There are many versions available at internet casinos in South Africa. The games may have different names and even play with different numbers of cards. This does not matter. All games observe the same fundamental guidelines.

A bet is placed is placed before cards are dealt. The cards that are dealt are used by the player to select his/her next move. If the cards look good the player’s places another bet called a “raise” bet. When the cards are bad, players are advised to fold. The game proceeds with the dealing of a final round of cards which are then valued. At online casinos, Jacks or Better is the most popular version.

How to Play Poker